The Trust Deed requires there to be at least five but no more than seven Trustees who are descendants of Ngāti Raukawa and who are registered members. Trustees either serve for a two- or three-year term. It is an elected position.

The Trust’s current trustees are: 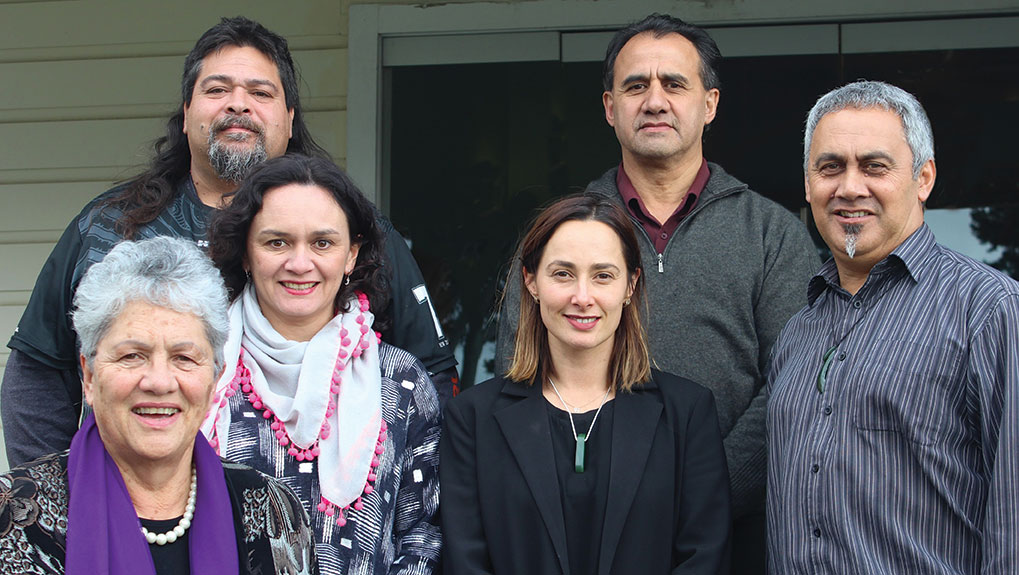 Rachael Selby has chaired the Trust since 2011 following a term on the Establishment Committee. She is a retired academic and retains an interest in oral history research. Rachael chairs the Ngātokowaru Marae Committee, the Ōtaki & Porirua Trusts Board and Te Reanga Ipurangi Ōtaki Education Trust.  She brings a background in governance and policy development, philanthropy and fund raising to the Trust. Rachael is keen to see the iwi register double in size and has contributed to policy development over the nine years she has been active.

Emma Winiata has been the Deputy Chair for the past year. She brings a legal and policy background to the Trust and experience with strategic planning and Māori development. She has played a key role in promoting a review of the performance of the Trust, organising governance and trustee training. She is developing a more effective communications policy and plays a key role in liaising with the AHC Directors. Emma is the kaihautū of the Te Wānanga o Raukawa Foundation where she has the task of advancing Māori development within a Māori organisation.  She is active at Ngātokowaru Marae and closely linked to Ngāti Parewahawaha. Emma began a further three-year term on the Trust in 2019.

Jerald Twomey is a member of Te Rūnanga o Raukawa and remains involved as a member of Te Pae Tāhuhu. From Taumata o te Rā marae in Halcombe he is active within the hapū and iwi, contributing to various matters. As a trustee, Jerald has had a role in developing the planning documents used by the Trust, such as the Distribution policy. He has an ongoing interest in further refining the documentation.

Justin Tamihana is an active whānau, hapū and iwi member from Ngāti Huia ki Poroutāwhao where he chairs the marae committee. He represents the hapū on various community and iwi groups, is a delegate to Te Rūnanga o Raukawa and the Ngāti Kikopiri Māori Marae Society. Justin is active with DOC in Whale Stranding events, in Foxton with the River Loop Committee, the Progressive Association and the Manawatū Estuary Committee. He advocates for marae in the region and is active in iwi and local body liaison committees. As a trustee Justin has a particular interest in the fishing industry, fisheries settlement and the range of commercial, recreational and customary issues that have developed. Justin began a further term on the Trust in 2019.

Cyril Mako brings a background in education, statistics, data analysis, Māori medium education, policy development, governance and business administration to the Trust. From Ngāti Manomano, he is active in governance on various Land Trusts. Cyril has taught Data Analysis at Te Wānanga o Raukawa and supported his children through Māori medium education, after completing tertiary education qualifications, all combined to build a strong background in education, thus he works for the Ministry of Education as a Chief Advisor. Cyril has a particular interest in the iwi register and in rebuilding the register to better meet the needs of the Trust’s members.

Bernadette Arapere was one of the original trustees elected in 2011. She served a term as Deputy Chair before standing down for a period until 2017 when she was re-elected. Bernadette is from Ngāti Pikiahu-Waewae, Ngāti Parewahawaha and Ngāti Whakatere. She is currently employed as a Barrister and Solicitor with Crown Law and brings a legal background to the Trust. She brings strengths in governance and an interest in growing the fisheries assets. Bernadette is also a trustee with the NZ Law Foundation and was Co-chair of Community Law Centres o Aotearoa.

+ Text Size -
Do NOT follow this link or you will be banned from the server!